It’s time to check in with our second group of Rock Stars for our Micro Preemie Updates!  We’ve got 5 more families and 6 more Miracles with updates for you.  If you’d like to read the original Micro Preemie Posts, just click on the name, and you’ll be taken directly to their story. Also, if you missed yesterday’s post, you can read about the first 4 Families HERE. 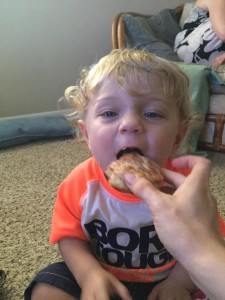 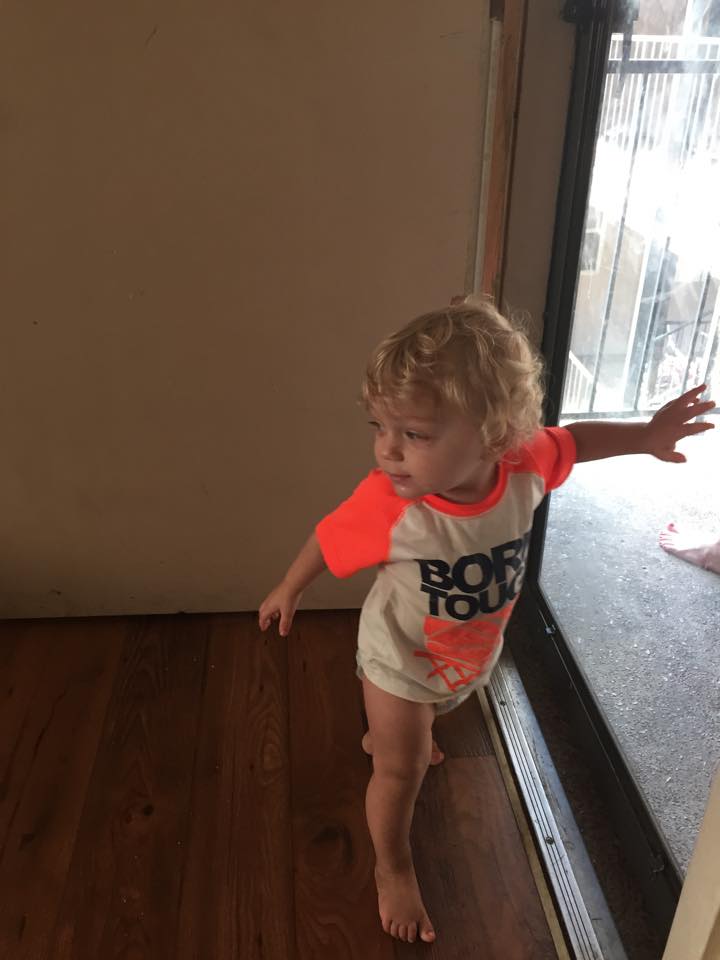 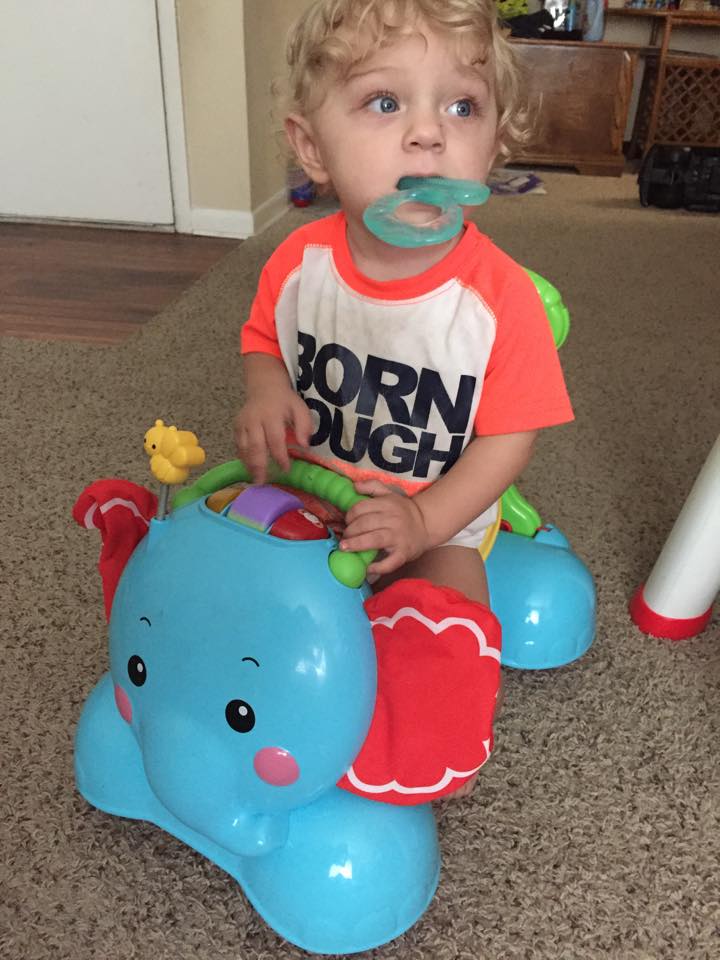 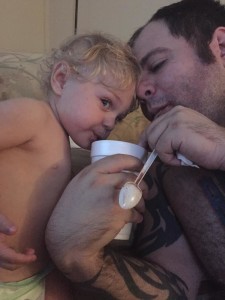 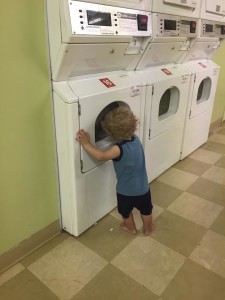 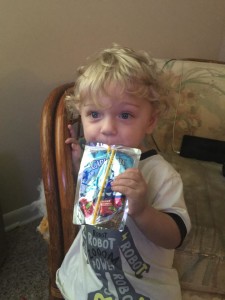 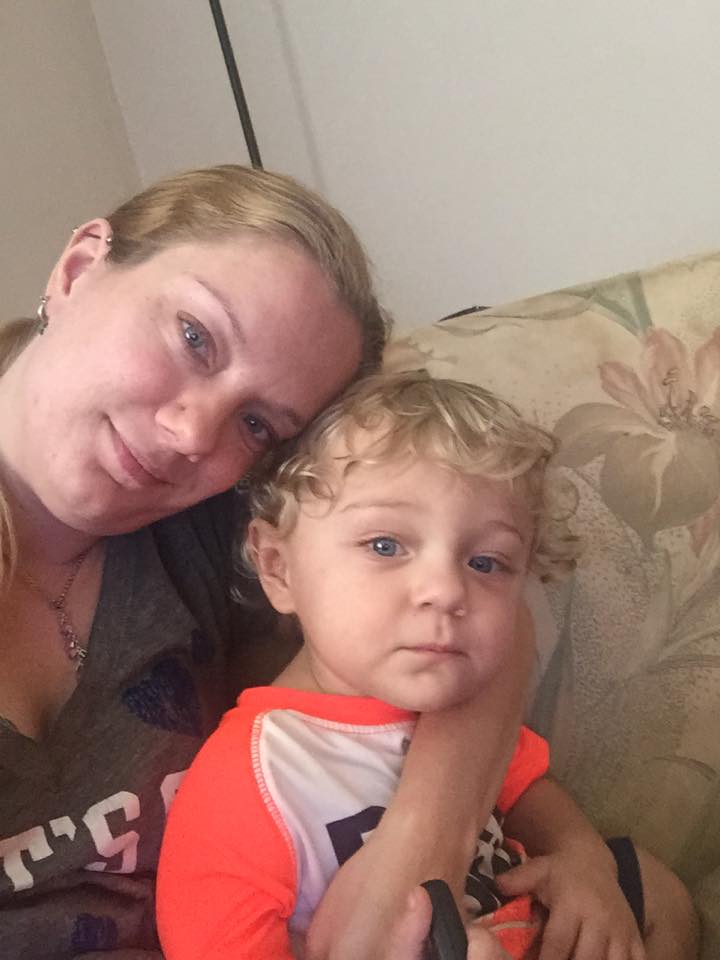 We met Kristen, her husband, Mark, and their son, Gabriel when he was 17 months. He was born at 26 weeks, 1 day. Kristen was a preemie herself, born at 28 weeks, so they knew all too well how scary a premature birth can be.

Gabriel is going to be 20th months old on the 4th and is doing great! He’s still in Physical Therapy. He’s also in Developmental therapy, and he’s going to be getting feeding therapy and speech therapy very soon. He took his first steps at 19 months!

He’s going to have a genetic test done for his hearing and they’re going to do a sedated CT scan to see the structure of his ears. He might have to have tubes because the hearing loss in both ears now but he still doing great! He says mama and dad dad, and he knows a couple other words. 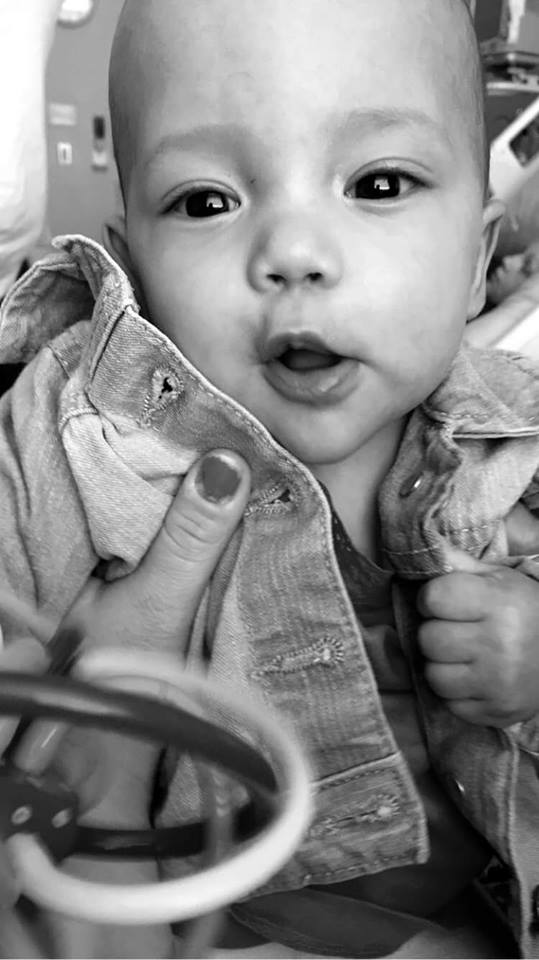 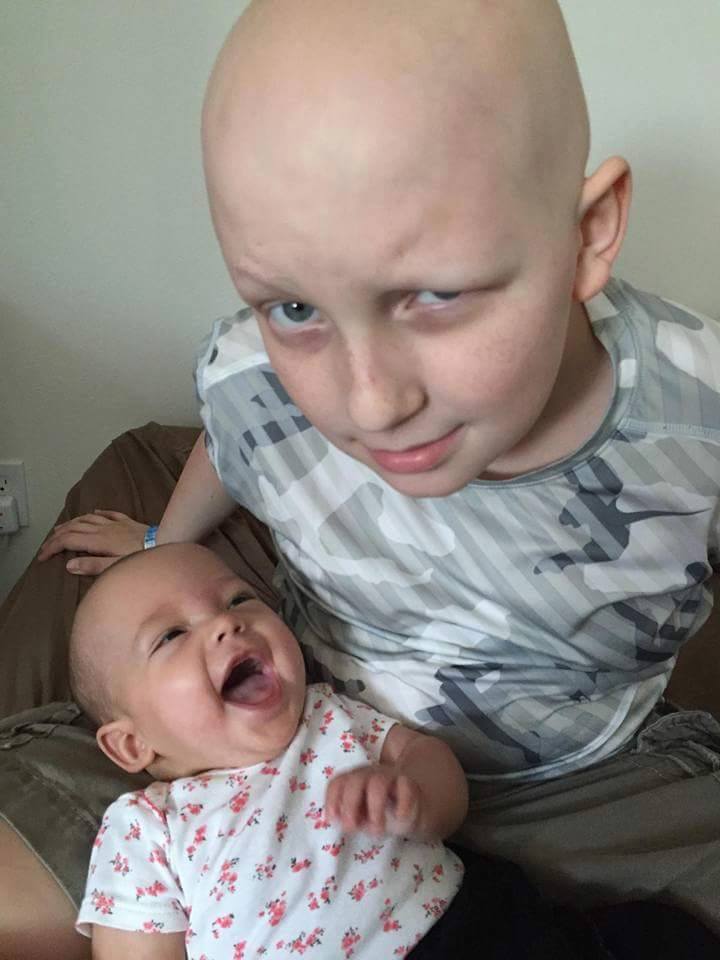 We met Ashton after she’d been out of the NICU for three months.  She was at 26 weeks, 2 days, and was in the NICU for 85 days. At the time she was in the NICU, Ashton’s Mom Kenzie had some other hard family news. He younger brother was diagnosed with Cancer.

Ashton is just started really laughing and it’s so cute! She puts everything in her mouth and is now 14.5 lbs at 7 months (4 adjusted). One of her favorite things is grabbing her feet!

The second picture is Ashton with her Uncle, Kenzie’s Brother. He’s doing good!

I told Kenzie how much I liked tha picture, and she told me it’s her favorite one of them too. It shows just how much they really love each other. 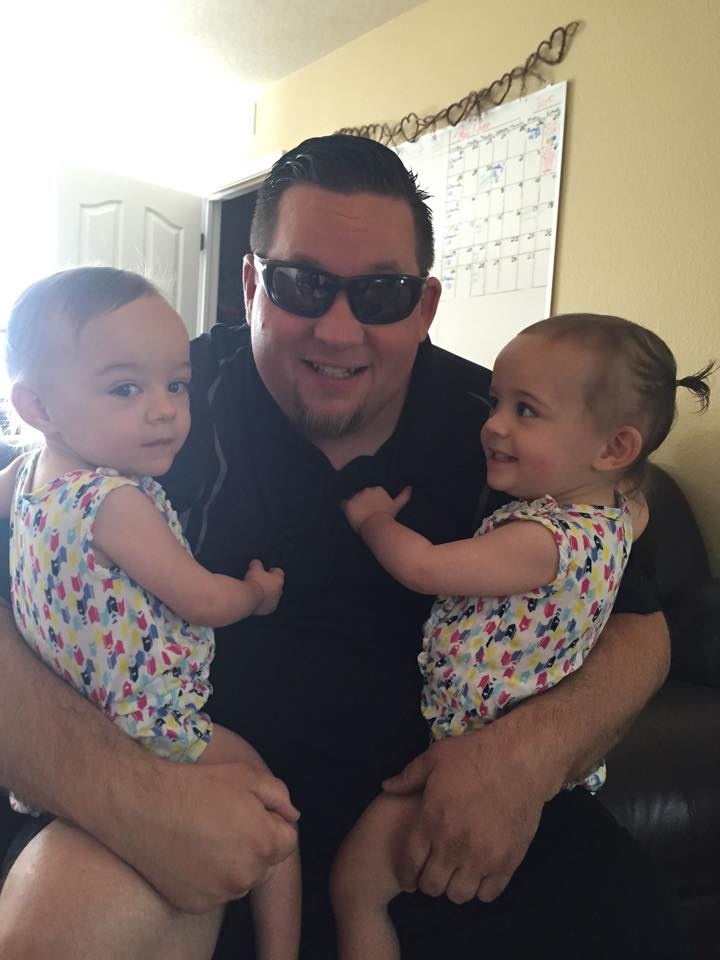 We first met Identical twins Evangeline and Noelle at 19 months old. Like my boys, they were born at 25 weeks, 6 days. They are also TTTS/SIUGR Survivors.

It hasn’t been long since our initial post but since then, Evangeline (right) spent a week in hospital due to a respiratory virus BUT she is walking almost full-time and Noelle (left)has stood on her own twice!! That second one is SO exciting because we weren’t quite sure that she would be able to. She has a long road to get to walking still but I was SO proud of her!! We had our NICU follow-up recently and they scored her at just 9 months of age with her gross motor skills (sister was at 14 months) and it was the lowest category. They were right on and ahead with fine motor and speech which was great! We will be adding a physical therapist to the mix to help them both advance faster with their gross motor skills but I am very happy with their progress thus far. The girls are 21 months old now (2 is on the horizon!) and it’s really fun to see their personalities develop.

A last minute update from Sophia:

Noelle just took her first steps tonight RIGHT after I updated you!! They were wobbly and quick but she did them! Yay!! 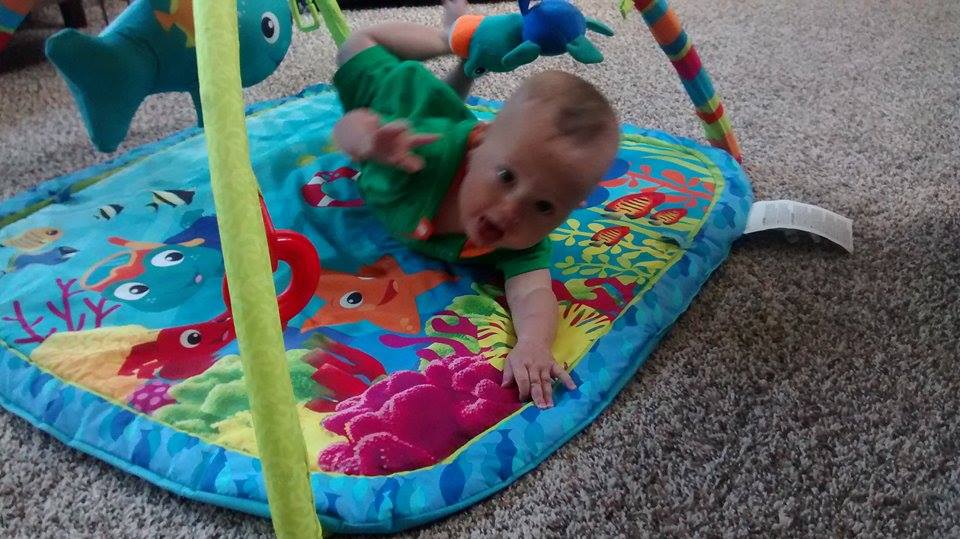 No real updates on Pierce. He is in early intervention once a month but other than that no therapies. He is turning into quite the chatterbox and babbles at his sisters constantly!

Sarah also told me it’s hard to get a picture of Pierce because he’s always on the move! 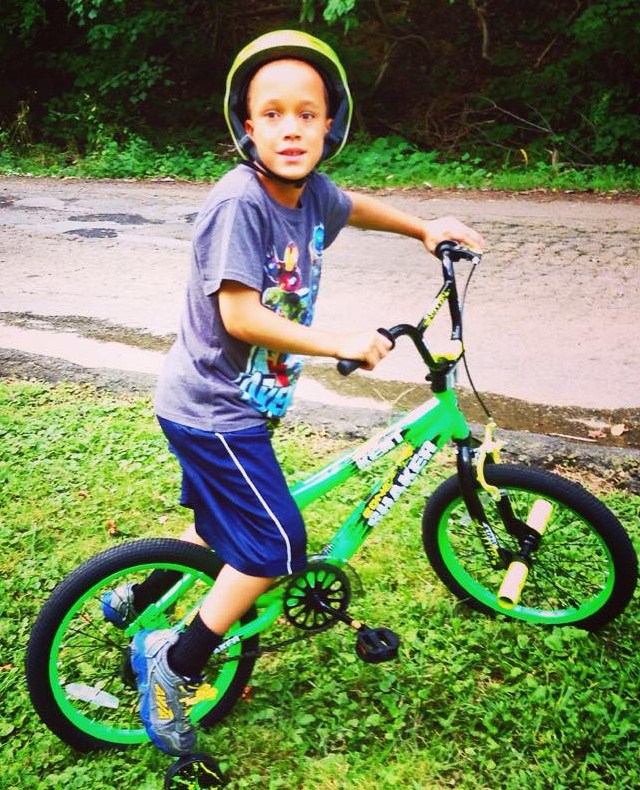 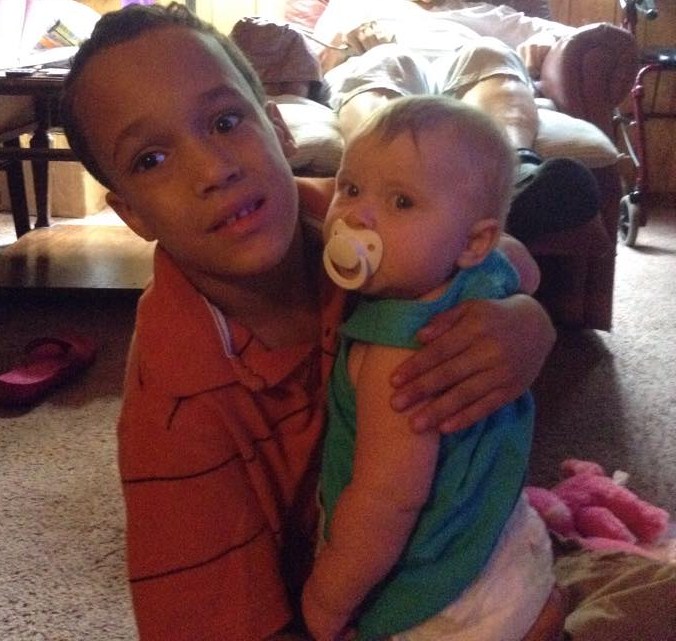 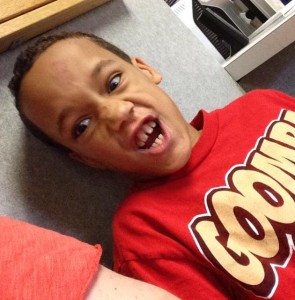 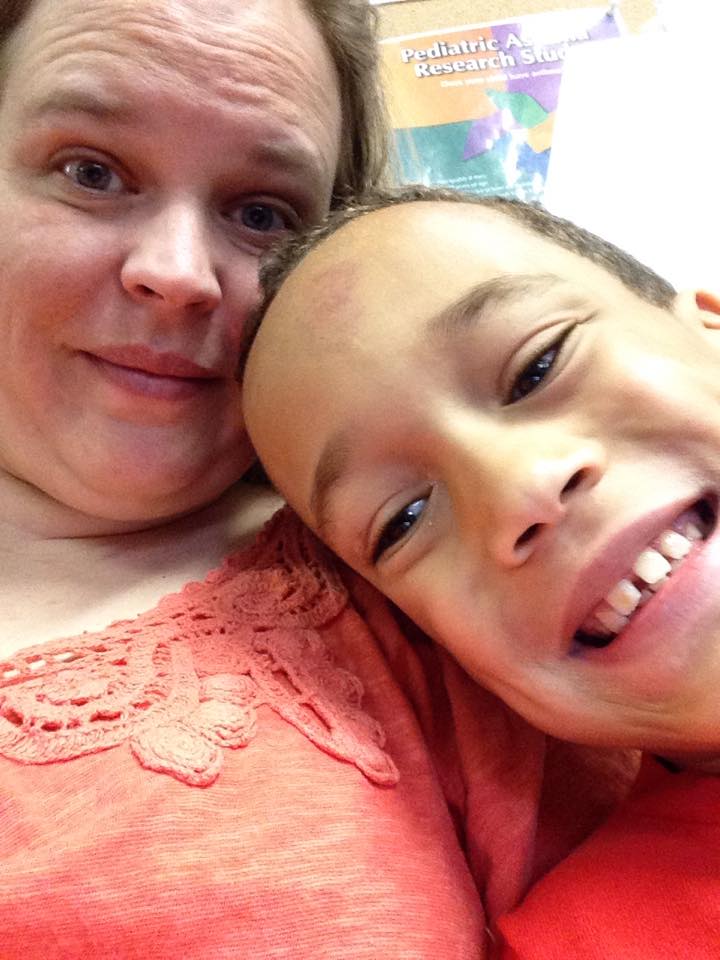 We just met Joshua last week, and he has recently turned 9 years old. Joshua was born at just 24 weeks. His mom, Erin, was nice enough to send updates for the original post, but I wanted to share some more pictures of this handsome young man.

As you can see, he’s very active, and has a great personality. Erin said the pictures show, “…the many phases of Joshua.”

Erin also said, “The picture of him with the baby is my granddaughter, his niece. He feels so important being Uncle Joshua!”

I hope you enjoyed all these updates as much as I did!

We will see you tomorrow with a new family sharing their story of premature birth. I hope you will join us and help spread awareness.