You are here: Home / Health / After Hours Emergency: What to Do

An Emergency Can Happen at Any Time.

Actually, they usually happen at the worst times, don’t they? Well, we had an emergency last night, and it taught me a lot about how unprepared we actually were to handle one.

So, I wanted to share our experience in order to help others. Even though it may not be expected, a little preparation can be extremely helpful during an emergency. 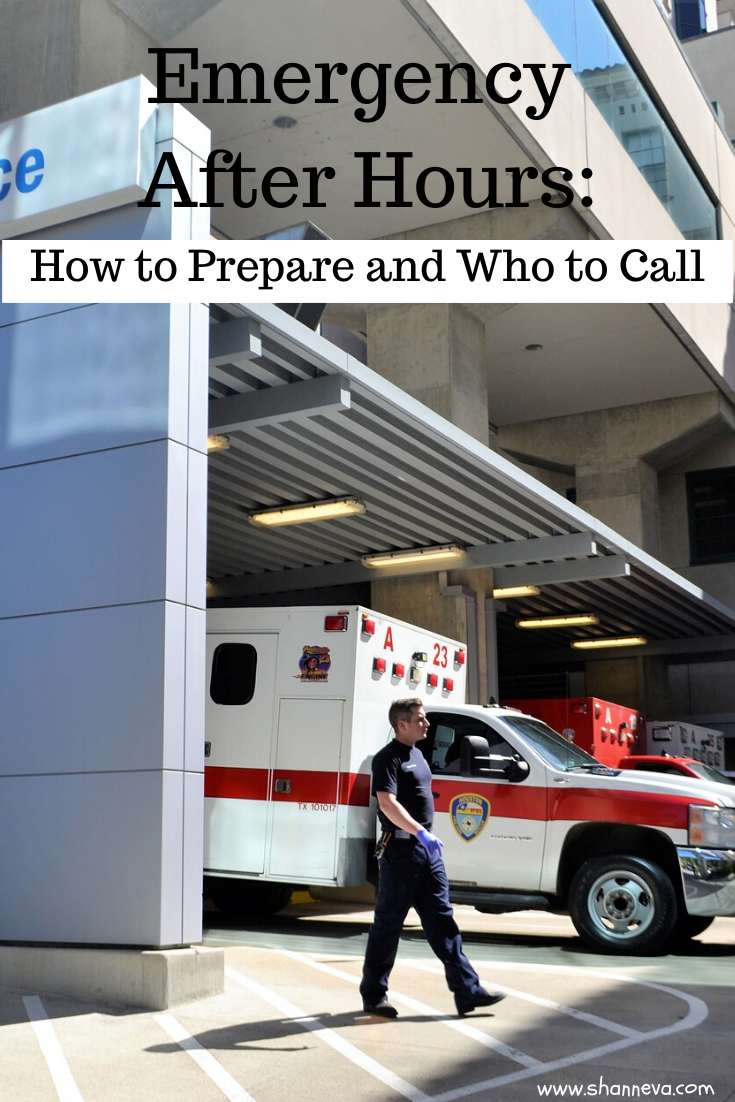 Even though it was Halloween, we had our first snow fall in Wisconsin. The twins were pretty excited, so they got on their gear and headed outside after school. My husband and I were in the front room, so we could see them playing through the window.

Everything seemed to be going fine, as they were rolling around in the snow. All of a sudden Mr. P came running to the window.

At first I thought he was laughing, but no. He was screaming.

He kept screaming, looking through the window, and we saw blood pouring out of his mouth.

We ran to meet him at the door and tried to figure out what had happened.

Getting to the Root of It

There were a lot more screams, tons of tears, and tons more blood before we could figure anything out. Mr. C also came running in hysterically crying.

At first, neither boy could really tell us what happened, but we could see the problem. Mr. P’s tooth had been pushed from it’s normal vertical position to completely horizontal. It looked like it should be just falling out, but it still seemed very attached to the gum.

Mr. P seemed to be in a lot of pain, so we tried to get his brother to tell us what happened. All he could tell us was that while they were playing, Mr. P fell in the snow.

So, somehow he had fallen at the exact right angel to knock his tooth partially out.

However, there was still a big problem.

With all the blood and screaming, I couldn’t get Mr. P to open his mouth enough to see if it was a baby tooth or an adult too. It was, of course, in the spot where he had lost his only 2 teeth.

I also had no idea who to call or what to do.

Of course, it was almost 6pm, so no one would be in an office. It would be an answering service, but I figured I’d better start making calls and figure out what to do.

While my husband got Mr. P to calm down (and his brothers too!) I started making some calls. First, I tried the dentist. I got a recording, but luckily, they had each dentist’s number in case of emergency.

So, I left a message for our dentist on the cell phone number that was listed.

Next, I called the pediatrician. I was waiting to be transferred to the answering service, when the other line beeped on my phone.

It was the dentist!!!

She was very calm, apologizing for not answering the phone right away. I was just so happy she called back so quickly. I told her how I couldn’t tell which tooth it was, and she asked me to take a picture and text it to her.

So, I sent the picture and sent it back. At this point, I was about 60% sure it was a baby tooth.

She took a look, and felt confident it was a baby tooth. She said it looked so long because it had a long root. It just wasn’t ready to come out, but the fall changed that.

She then gave me options. She said I could try to pull it, or she could try to get in touch and see if there was anyone still at the office.

Since he was in pain, I asked her to call the office. I also said I would try to pull it, and let her know what happened.

Mr. P did not want me anywhere near his mouth, but I really wanted to see if the tooth was loose enough. So, I put on a plastic glove, my husband held him down, and I went in.

As soon as I showed Mr. P the tooth, he was smiling.

I could then tell it was definitely a baby tooth. So, I called the dentist. She was so nice and said I could bring him in the next morning, if we just wanted to have them check it out, but he should be fine. He was back to playing, so I knew she was right.

I’ve always liked our dentist, but after this ordeal, I think she’s the best!

Not to be Outdone

With Mr. P back to normal, it was Mr. C’s turn to be cry. Not only was he upset about his brother falling and the chaos that ensued, but he was also sad that the tooth fairy would be coming to visit his brother. Mr. C has had a loose tooth, in fact, for over a week.

He didn’t want me to pull it, but he wouldn’t stop crying about it.

So, I put another plastic glove on and reached in. It wasn’t even attached in the front anymore, but it was in the back, and it was bleeding. He said it really hurt, so I got a tissue to clean him up.

As I blotted the blood, I put some pressure, and the tooth came out in the tissue. As soon as he opened his eyes and saw the tooth, he was all smiles, just like his brother. 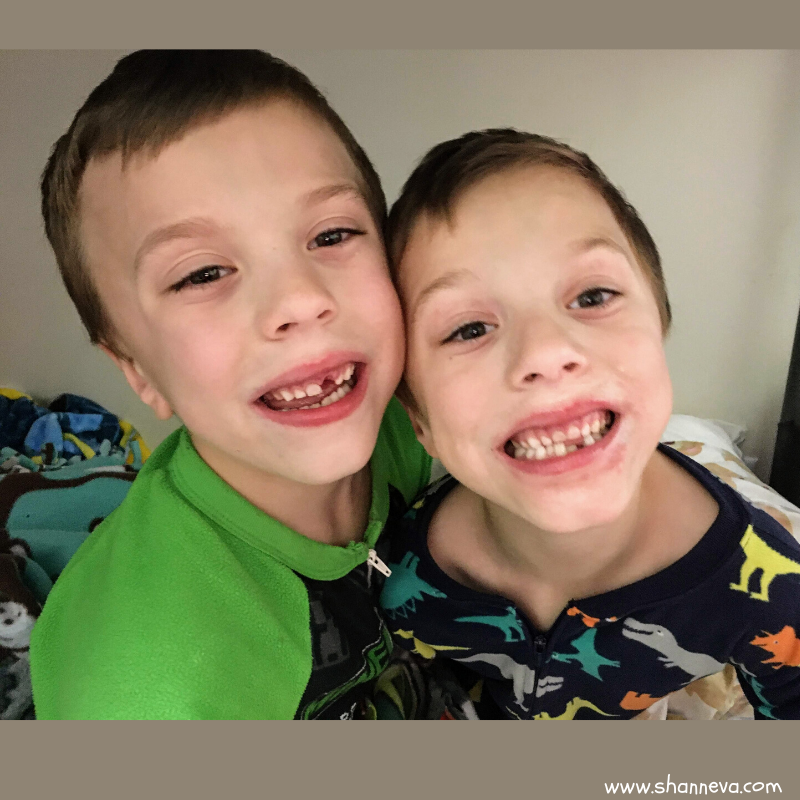 As I mentioned, we were pretty unprepared for an emergency. While you can never be fully prepared, there are some steps you can take to feel a little more confident.

Yes, you can look them up your phone, but that takes time. So, if you have them all written on the fridge or a bulletin board, you cut down on time. Time is usually of the essence in an emergency.

I didn’t know that our dentist handled emergency situations, but just took a chance calling. I was lucky that they gave out cell numbers on their answering machine. Find out if your dentist does the same thing. Also, find out what kind of situations they are able to help with.

Keep that list, and find the general conditions that Urgent Care and the ER handle. They are often different. Keep those near your emergency phone numbers.

When Mr. P first came running in, everyone was yelling and screaming. It just made the situation worse. As soon as my husband and I calmed down, everyone else calmed down too. Children feed off of our energy and look at us to model their behavior. While it’s really hard to remember,(and even harder to do) in an emergency, think of it as part of the solution.

If you have numbers prepared and have thought about emergency situations, I think this will give you a head start on that calm behavior. Yes, you still may be feeling scared and anxious on the inside, but you’ll also feel like you’ve done everything you can to prepare.

In an emergency, knowledge is power. 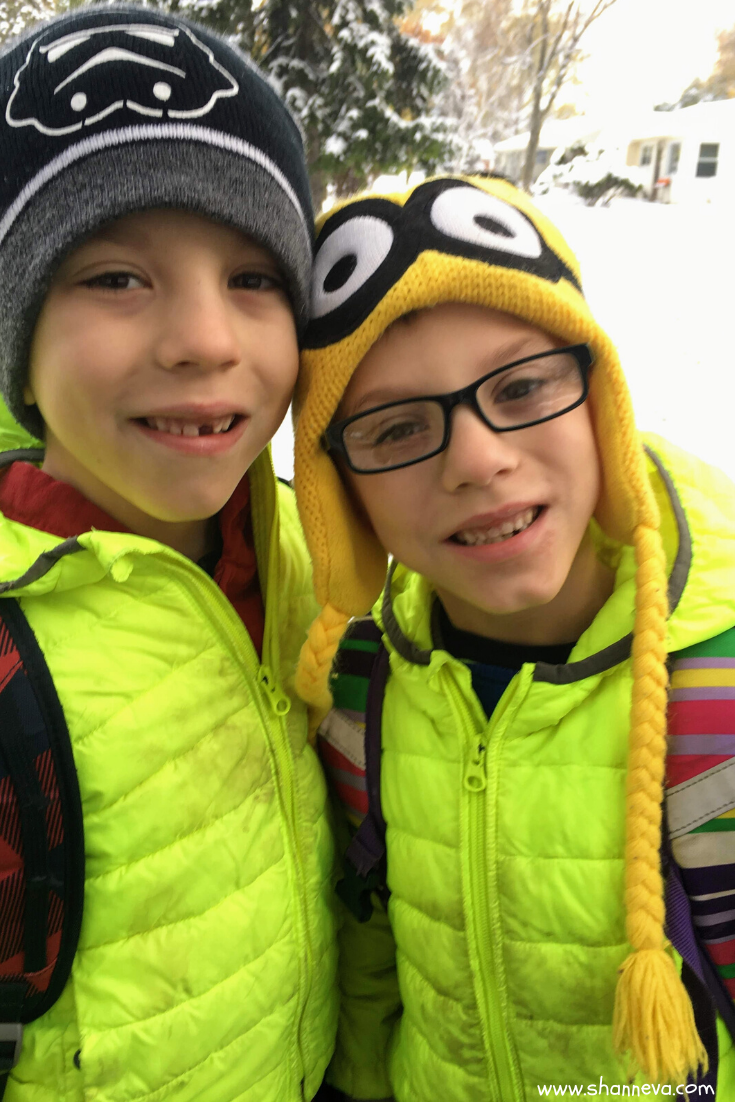